How can the networking power of the internet be used to leverage more representative democracy?

Imagine having a simple, direct way of informing city planners and local decision-makers of your views about traffic, schools, parks, libraries and other issues that affect your life. What if sharing your opinion on municipal planning was as simple as going online? 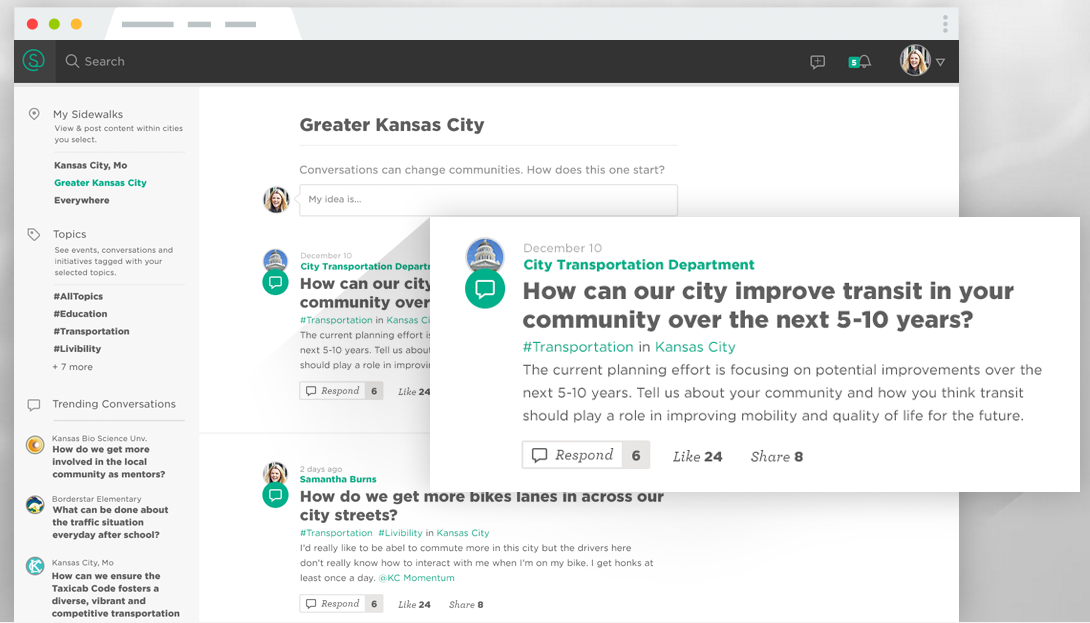 MySidewalk is a company, founded in 2010 in Nebraska, USA, which aims to create the world’s first online civic network. City planners and officials use the service to seek dialog among citizens on a broad range of issues including urban planning, libraries, traffic control, school curriculum, economic development, city park management and more. Users can vote in polls, submit general ideas for community betterment, engage in forums and give general feedback. Since 2010, the company has worked with over 800 communities around the world and now has over 1.6 million participants.

This service is a way to obtain input from people who are not usually heard in planning processes. It also takes advantage of increased accessibility and use of computers.  An assumption of the service is that low civic participation is more of a product of low motivation and general busyness than it is of apathy. In 2015, Google issued a report on “Interested Bystanders” , which identifies a  portion of the American public is that is aware of issues but not regularly voicing opinions; this accounts for almost half of the population. This report also found that there many people who want to be involved have negative associations with political aspects of civic life; these people are drawn to aspects that are, “about community involvement and social relationships.”

The online forum offered by mySidewalk lowers the “cost” of civic engagement, which could potentially increase the number of people involved in public dialog. The service also helps planners seeking engagement to align their forums and questions with public interest to maximize input. The company also helps to organize and package data on their website so users can learn about the city demographics and problems facing the community; this is called “Sidewalk Insights”. mySidewalk provides tools for analyzing and visualizing this information to help turn massive amounts of data into stories that people care about.

This company has a potential to increase the democratic representation in decision-making and can help governments and planners understand the needs and wants in a community.  This feedback among decision-makers and community members is essential to adaptive management in governance. This tool also has the potential to strengthen democracy and build networks within the community. 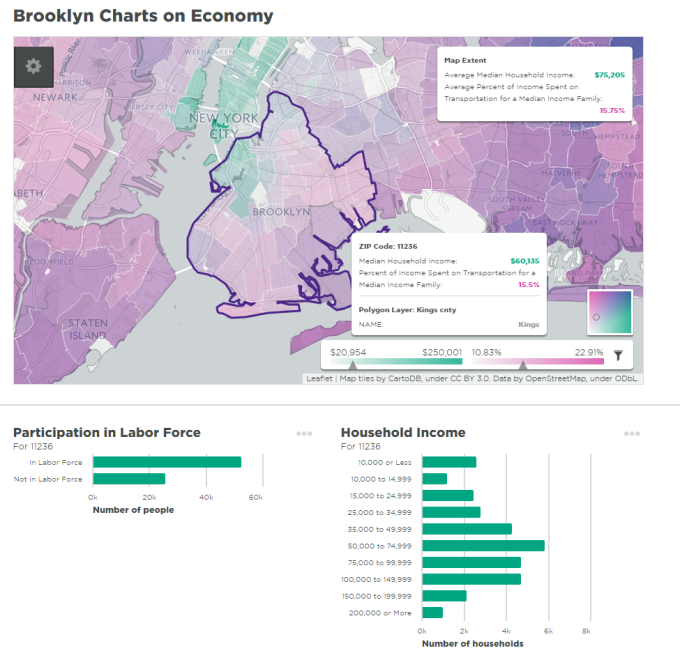 An example of “Sidewalk Insights” shows economic data for the Brooklyn neighborhood in New York, NY

Downsides of the service is that it is fairly costly to city governments, and therefore is more accessible in wealthier cities where disenfranchisement is most likely less of an issue. Adding to this, the service only seeks feedback from community members who are comfortable with computers and have regular access to the internet. In this way, it continues to leave out some of the least-networked and most marginalized members of the community.

This online model for civic engagement holds the possibility of harnessing the internet and massive amounts of data to make a positive difference for modern governance. Increased feedback loops between decision-makers and community members helps to increase the effectiveness and representative potential of governments. According to the company’s charter, mySidewalk has aspirations to have massive impact on local politics around the world. They are, “inspired by big visions, but powered by iterations.”