How can people to do respond to crisis, when they don’t trust official responses? 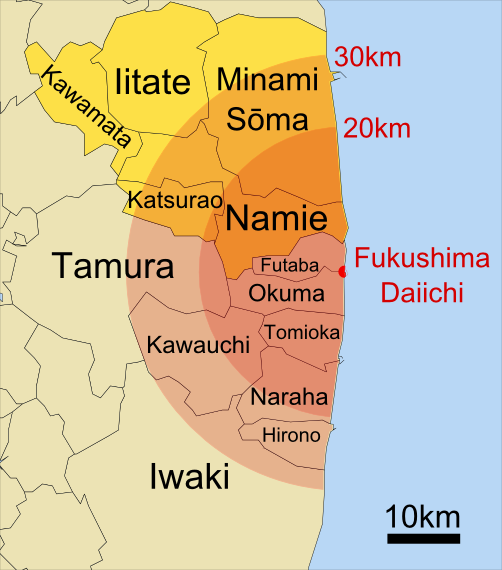 Japan towns, villages, and cities around the Daiichi nuclear plant. The 20km and 30km areas had evacuation and sheltering orders, and additional administrative districts that had an evacuation order are highlighted. From wikipedia.

In 2011, the Great East Japan earthquake triggered a large tsunami that killed over 15,000 people and triggered meltdowns in the Fukushima Daiichi Nuclear Power Plant.  These meltdowns were the worst nuclear disaster since Chernobyl and released various radioactive materials into the surrounding water and air.  This disaster lead the an evacuation of nearby areas that relocated hundreds of thousands of people.  Both the company and the government were unprepared for the disaster, and mishandled both the disaster and its response.  Post-disaster investigations reveal that the disaster resulted from complacency, collusion, and decit that existed between the government, regulatory agencies and nuclear companies.  In particular the government did not communicate risks clearly or openly to citizens leaving many citizens sceptical of official and corporate statements about radiation levels.

Many people either returned to or remained living near the Fukushima nuclear plant. The area around Fukushima is an agricultural area where many people grow and eat locally grown food.   Although on average radiation levels in these areas were low, these levels highly actually variable.   Radionuclides move through water flows, erosion, and food webs further confusing the location and concentration of radioactivity.   Because of the disaster revealed the dishonesty of nuclear regulators, many people are suspicious and sceptical of official reports. In particular, many mothers were worried about the exposure of their children to radiation in locally produced food.

Japan towns, villages, and cities around the Daiichi nuclear plant. The 20km and 30km areas had evacuation and sheltering orders, and additional administrative districts that had an evacuation order are highlighted. From wikipedia.

In the town of Iwaki, a group of mothers formed a group “Iwaki Action Mama” that decided to measure radiation themselves.  They bought and learned to operate radiation measuring equipment.  In late 2011, the became more formalised and set up a Iwaki Radiation Measuring Centre they named Tarachine.

Tarachine food, soil and other material local people want tested.  They publish their results online provide people with advice on places and foods to avoid.  While the Japanese government monitors radiation at particular places and checks foods that are sold, but it doesn’t check people’s gardens or foods.   Tarachine also provides training and equipment so that people can learn to make their own measurements at their homes, farms, workplaces or children’s schools.  In early 2016, Tarachine has 12 employees.  For more on Tarachine see this BBC news article.

Tarachine is representative on many local citizen radiation monitoring labs that have been set up in Japan following the Fukushima disaster.  The Citizens’ Radioactivity Measuring Stations is a network of such efforts that shares information & practices among community groups, to enable citizen’s to have access to accurate and openly available data on radiation that people can trust.

The example of Tarachine and the Citizen’s Radioactivity Measuring Stations have grown from local informal groups into more formal organizations that are enabling people to navigate a confusing, uncertain post-disaster world.  These initiatives could continue to grow and deepen around Fukushima, and also provide a model for community based citizen science for responding to other complex surprising issues that people can expect in the Anthropocene.

An academic description of the response of local agricultural communities in Japan can be found in: